Pre-Natal Massage is Widely Recognized For Its Many Health Benefits


In recent years, many studies have been published about the benefits of pre-natal massage for all pregnant women. Some of these studies have indicated that massage therapy can bring a reduction in depression, anxiety, as well as the well-recognized pain benefits of massage. There is an article that was posted on americanpregnancy.org that talks about these benefits. 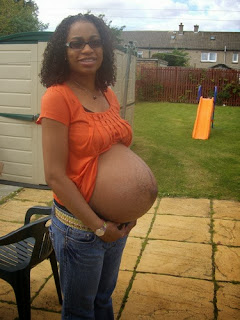 A lesser known benefit to massage therapy, but extremely important for pregnant women, is its hormonal benefits. These benefits tend to be twofold. First, it reduces the amount of norepinephrine and cortisol, which are the stress hormones. Second, it increased dopamine and serotonin levels, which are the feel good hormones which are lacking in depressed individuals. When these hormonal changes occurred, there were fewer complications during the actual birth, as well as a lower incidence of newborn complications than among the general population.

Another benefit that was described in the article was that some of the swelling associated with pregnancy (which is actually a normal part of pregnancy that is caused by some of the hormonal changes) was reduced by regular massage. The swelling that occurs in the lower limbs can often become painful when it is caused by the pressure of the uterus on vessels that supply and remove blood and lymph from the lower extremities. Massage therapy was shown to help "reduce collection of fluids in swollen joints, which also improves the removal of tissue waste, carried by the body's lymph system."

Another great benefit of massage therapy for pregnant women is the reduction of sciatic nerve pain. Anyone who has ever experienced this pain for themselves is aware that it can be excruciating. Anything that can help reduce or remove this pain would be welcome, and it has been shown that massage can do just that. While it is caused by the pressure of the uterus on the pelvic muscles and lower back, which then spreads pain to the surrounding tissues, causing nerve impingement, it can be significantly reduced during pregnancy with regular massage therapy.

In addition to these benefits, massage may also help to improve sleep in the last trimester of pregnancy. This is notoriously a time when sleep is difficult, because of the increased pressure and size of the abdomen, as well as being required to sleep in a position that is uncomfortable or unfamiliar. Regular massage therapy, likely through the same hormonal changes described above, can help improve sleep.

Unlike with other modalities and forms of massage, it is especially crucial to have a massage therapist that is specially trained in prenatal massage, for the safety of the pregnant woman and her baby. Post-natal massage is also extremely helpful, and studies regarding that will be covered in another article.

Posted by NJ Therapeutic Massage At Home at 1:18 PM