If you read any of the books that are available today about the modern practices of obstetrics, you are likely to notice a trend among obstetricians. This trend has gained momentum since the latter part of the last century, somewhere around the 1970s. That was around the time when certain technologies became perfected. Technologies like the cesarean section, electronic fetal monitoring, and other gadgets and gizmos to make birth more high tech. 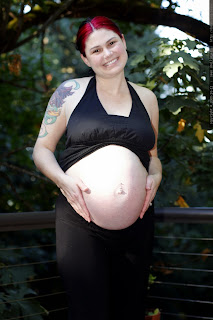 There is a great deal of disagreement among experts as to whether these new technologies have actually made things better or have just given the perception of making things better. One of the better books I have read on the topic is The Thinking Woman’s Guide to a Better Birth. This book was heavily researched (to the point where she was able to create another book just with the research she gathered while writing this book). Intelligent research is what this author performed.

Much of the research that the author performed found that many of the new technologies that have been used in most labors and deliveries have no basis in scientific fact. So, just as an example, the practice of continuous electronic fetal monitoring was put into use without any research showing its efficacy. In fact, the little research that is available showed that this type of monitoring gives little improvement over intermittent monitoring, and the American College of Obstetricians and Gynecologists has stated that there is no benefit of one over the other.

In fact, other research studies showed that the continuous internal monitoring may be causing harm by introducing a route of infection. As in any situation, although even more so during labor, infection is a serious problem. Babies born who are suspected of being infected are taken from their mothers and subjected to a battery of blood and tissue tests to ensure their safety. This can have damaging effects in the short term and the long term with regard to bonding and breastfeeding. These babies will often be bottle fed, further disrupting nursing. Since infection is very serious, it is understandable that these tests and precautions are done. However, the research showed that EFM may have exacerbated this situation by introducing infection where previously there was none.

The point of this small digression is to give just one example of research showing that one of the technologies used in most births may not be beneficial to the mother or baby. EFM, in the example above, is generally used because it limits the liability of the physician and the hospital, not because it has any benefit. However, this particular technology is not the only one that research has shown no benefit for. There are other technologies and interventions beyond the scope of this article to discuss that are also not helpful to the mother or the baby, but have questionable usefulness. In light of this, it is better to be forewarned that when entering a hospital you are likely to be subjected to technologies that will not provide you or your baby with any benefit.

So the question posed by the headline of this article would appear to be a challenge. Since the obstetricians and the medical staff in the hospital want the new parents to have a perception of safety, they may be using technologies that look good but have no scientific basis for their use. So how do you avoid having your labor and delivery seen as a disorder that has to be cured rather than as the natural process that it is?

The first thing to do is to be informed. Read as many books about modern pregnancy and obstetrics as you can. Read the book mentioned above, as well as the book Pushed. Read articles on BellyBelly, American Pregnancy, Baby Center, and more. Understand that no matter how well you plan for your birth, you may not be able to have the birth experience that you want, and you need to be able to accept that. However, you can still contribute in meaningful ways. 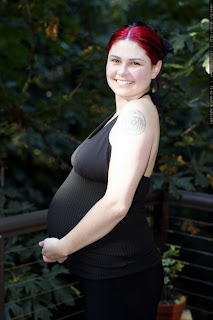 Secondly, avoid seeing your own pregnancy as a disease or disorder to be cured. Some ways to help with this would be hire a doula for yourself or to use a midwife in a birthing center. Studies have shown that with a doula (you can find a certified doula at DONA.org), you are likely to have fewer interventions, fewer complications, and a better birth outcome overall. This is probably because you have someone with you who is familiar with hospitals and procedures. She will notice and inform you of impending procedures such as episiotomy or fetal monitoring. If you want to avoid these procedures, that would help you to say no at the time when the intervention is about to happen. Without a doula, while you may have your partner with you, they are unlikely to be familiar with what is about to happen. The obstetrician or hospital staff may consider such interventions as so routine that they would not mention it to you, thus removing your opportunity to refuse such procedures. So, if you are interested in avoiding interventions, a doula can be a great help.

Prenatal massage therapy has also been shown in numerous studies to reduce the number of interventions, although the reasons are not understood. Massage during pregnancy also resulted in a better birth outcome and better neonatal scores. Postnatal depression was also reduced by massage therapy. So if you are looking to avoid interventions, a massage during the pregnancy, especially shortly before the birth, may offer benefits to you that do not seem obvious.

Another way to avoid being labeled as a disease is to perform thorough interviews for your hospital and obstetrician before you choose to go with them. While some women are willing to have their birth with a midwife, many are uncomfortable with having a birth outside of a hospital. They perceive that there would be less safety in a birth center than in a hospital. While this is not actually accurate (and a tour of a freestanding birth center will show you this for yourself), it is still a perception that pervades this society. So if the doctor or hospital you are interviewing has a C-section rate of 70%, you can expect that you would be highly likely to have a C-section if you went with that doctor/ hospital (see my previous article here for some of the dangers of elective C-sections). If you find an obstetrician whose rate is 20% and the hospital’s C-section rate is 15% (which you can find if you look – even in New Jersey, central NJ hospitals have low C-section rates, whereas northern hospitals have higher rates), then you can be confident that if you have a C-section, it was really necessary, i.e. a last resort instead of a first resort. Since a C-section is the ultimate culmination of seeing labor and delivery as a disease to be cured, this would be the rate that would be most helpful to know.

However, you should also ask about the hospital’s rate of epidural, episiotomy, electronic fetal monitoring, etc., to have a well-rounded picture of how that hospital views birth. Perhaps even more importantly, you need to know if there are arbitrary time limits imposed. The average time for a labor of a first time mother can be 26 hours or more. If the hospital has placed a time limit of 24 hours on every labor and birth, their intervention rates would likely be higher as they would begin giving women oxytocin to stimulate labor rather than patiently waiting for the woman’s body to give birth. Usually, patient waiting is practiced by midwife led births, although some hospitals will also practice patient waiting if they have a large enough staff and enough beds to provide this service.

So what you need to remember is that your birth is an experience that you will remember forever. The suggestions above can help you to have a pleasant birth with a good outcome for you and your baby. Do not hesitate to ask questions, and try to avoid caregivers who would patronize you instead of being honest with you. As mentioned above, give some thought to hiring a doula or having a midwife lead your birth. If you have a doula or midwife, you will at the very least be supported, and that can make your birth an experience that is pleasant and memorable regardless of interventions and technologies.

Posted by NJ Therapeutic Massage At Home at 9:42 AM No comments: